Heading the ENEOS International Rally of Whangarei after Saturday’s leg of competition, four-time winner Hayden Paddon and co-driver Samantha Gray hold a near three minute lead in their Hyundai i20 AP4 over the chasing field.

“It is good to be nearly three minutes up after the driveshaft problem that lost us nearly a minute earlier in the day,” said Paddon.

“Samantha has been doing a really good job and we’ve been able to get a few stage records – so all the boxes have been ticked. The road conditions are very good – hard dry and fast.” 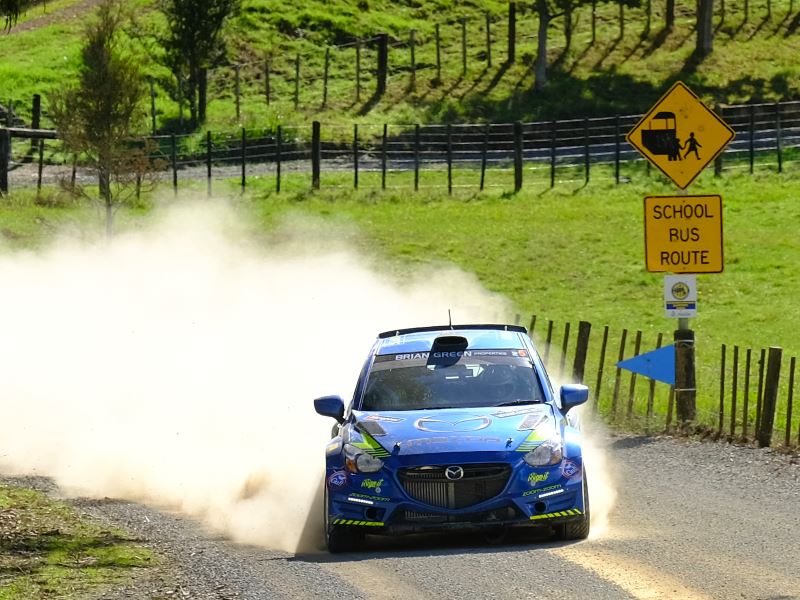 In second, Dave Holder and co-driver Jason Farmer had no answer to Paddon’s raw pace in their Holden Barina AP4, settling instead for meeting their own targets as they returned to the overnight park.

“It has been a steady day for us – with a few teething issues between stages that kept us busy. We had a target to stay within a second/kilometre of Hayden and we’ve been keeping that,” said Holder. 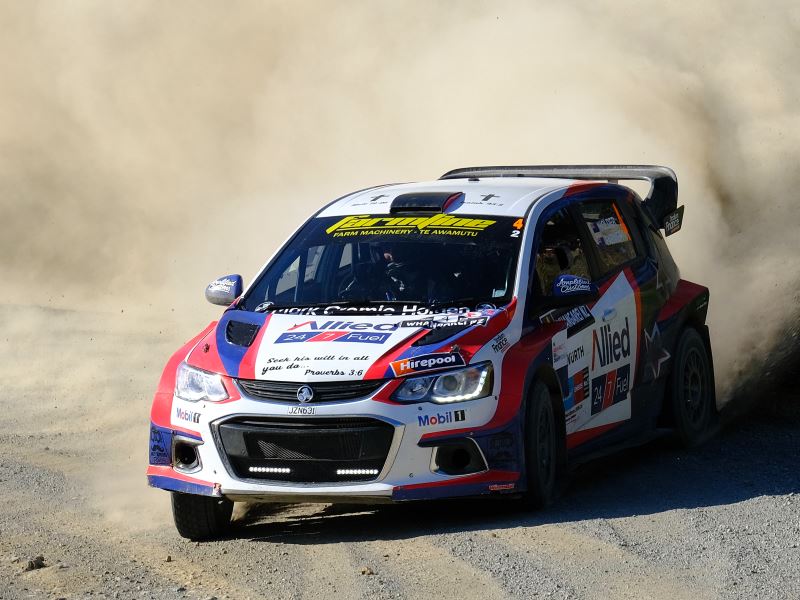 Third overall was leading Brian Green Property Group New Zealand Rally Championship (NZRC) contender Ben Hunt and Tony Rawstorn in a production Subaru. A battle for the podium has seen a continual swapping of positions with pseudo local Stephen Barker and Chris MacIver in a Mitsubishi EVO 9 edged out on the final stage when he was caught in the dust of a fellow competitor.

A total of 39 finished the leg, that started on Friday evening with a double-run of the Pohe Island Super Special Stage. Those that didn’t complete the day include US based Ken Block and Alex Gelsomino in the Ford Escort Cosworth, Dunedin’s Emma Gilmour and Ben Searcy (Suzuki Swift Maxi) and Ireland’s Frank and Lauren Kelly (Ford Escort MKII). 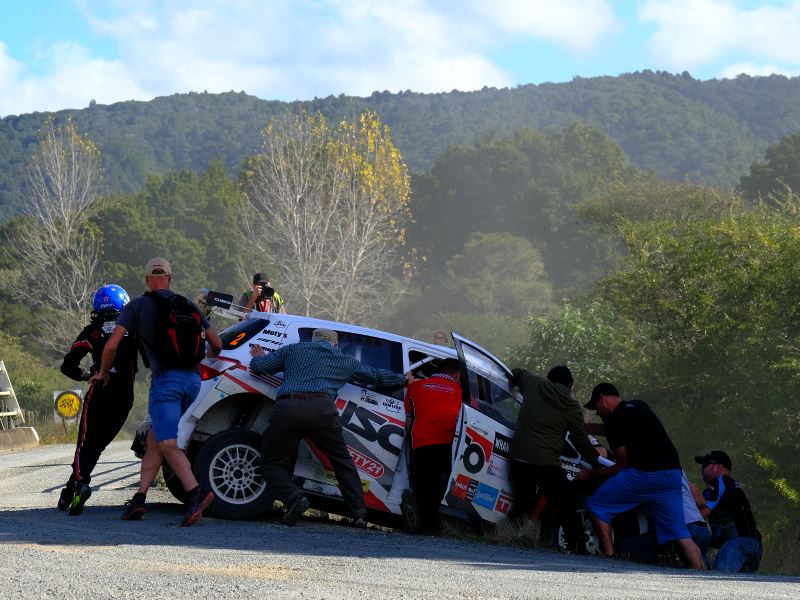