Following last weekend’s WRC Rally Australia, triple APRC driver’s champion (2013, 2016,2017) Gaurav Gill and APRC TV’s Brian Young had the opportunity to catch-up and look back over his and MRF’s first year in the World Rally Championship.

BJ: What was it like going from APRC to WRC?

GG: Completely different in terms of the experience, the mileage. the stages. I’d spent so many years in the APRC it teaches you a lot. Its a very diverse championship from rally to rally, some are super fast others very narrow, but the biggest difference is that when you start behind the world rally cars – your first pass is like the 4th pass at APRC! 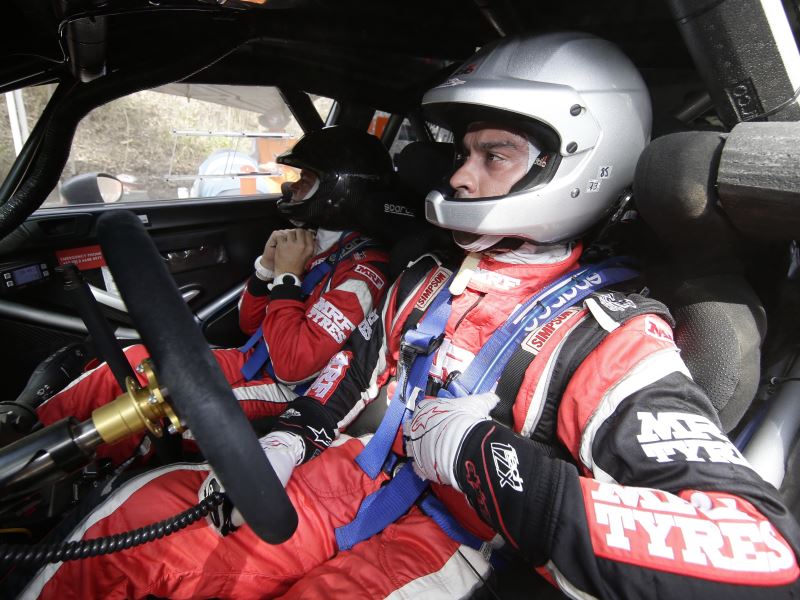 The roads are wrecked and all year long I haven’t seen fresh roads. I was used to driving on good roads, maybe ruts in Japan but not boulders the size of soccer balls.

Finland was the biggest shocker because of ‘A’ the speed and ‘B’ the amount of roughness it gets. Its so high-speed, even the small stones can cause a big issue. Finland is something that everyone must experience in their career – the speeds are amazing, long periods in 5th gear at nearly 200 K. I’m really happy that we had some good speed on some of stages.

Its been a great year so far but very very competitive. In some ways its been a bit frustrating because I’ve competed (in APRC) with many of the guys that are winning the (WRC) rallies. But while its frustrating not to be out in the front, this is my job right now, making it happen for MRF – they’ve supported me for so many years, my time to give it back. 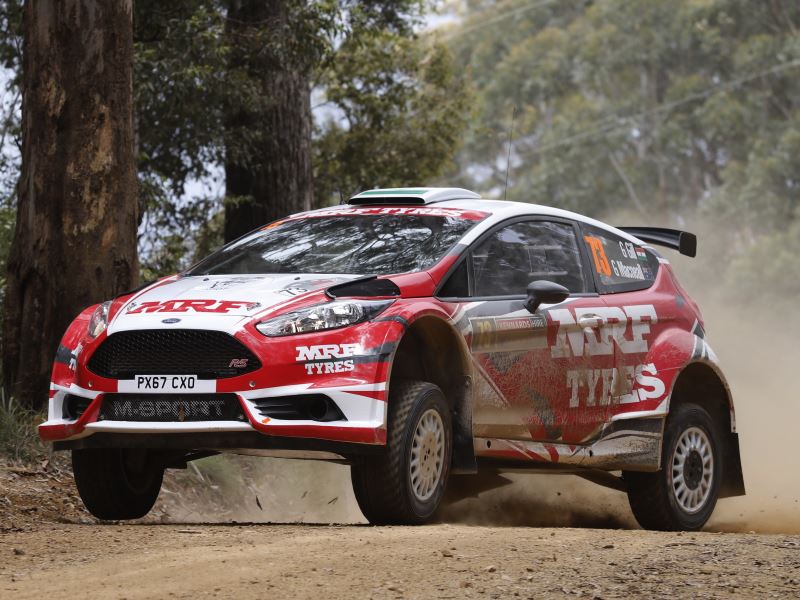 Through all the WRC events we did, the MRF Tyres have shown amazing performance and a promising start in its first year outing in the WRC and it will only get better from here.

Its been amazing to work with both Glenn and M-Sport. Racetorque was amazing with Lane and his team, they taught me so much around the (APRC) championship. M-Sport is a world championship team and they have a different way of working, very highly professional and really know how to look after you.

BJ: MRF were using the opportunity to develop new tyres? Is that going to continue?

GG: Yes development is going to continue on next year but I really can’t comment on where its heading to, whether that’s in the WRC or somewhere else in Europe. Its likely to be a mix and match of stuff but I can assure its going to continue.

BJ: Will that be with M-Sport?

GG: Yes looks like it, we have some support from Ford India and they have been pro-active and working me.