Read co-drives for Subaru’s Molly Taylor in the Australian Rally Championship, the pair finishing 3rd overall for the weekend and are currently 4th overall in the ARC points after two rounds.

For Young the weekend was completely about preparation for the first round of the APRC. 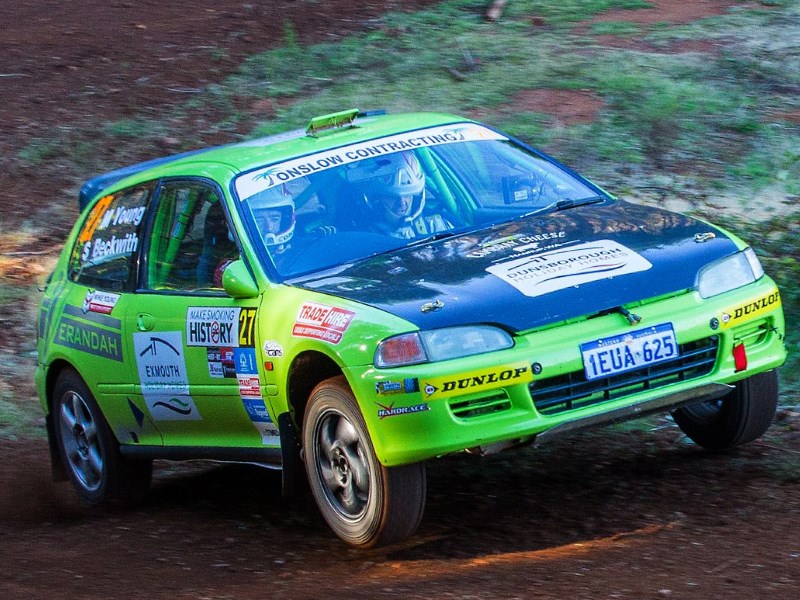 “While I get plenty of driving as an instructor for Rallyschool WA there’s nothing like full-on competition, especially over 2 days. Another factor is that it was an opportunity to work with Scott Beckwith who will co-drive for me at Canberra Rally as Malcolm will be with Molly for that event”.

Young and Beckwith drove a 2WD Honda Civic in the West Australian Rally Championship category and at one point were sitting first equal until eventually running out of tyres, “after such a big fight it’s pretty cool to finish on the podium – 2nd equal is a real bonus and now feel race-fit and ready for this weekend on the fast Whangarei roads”.

Young and Read will drive a 4WD Toyota Vitz (Yaris) built by Japan’s Cusco Racing and supported by Dunlop in the 2018 FIA Asia Pacific Rally Championship. 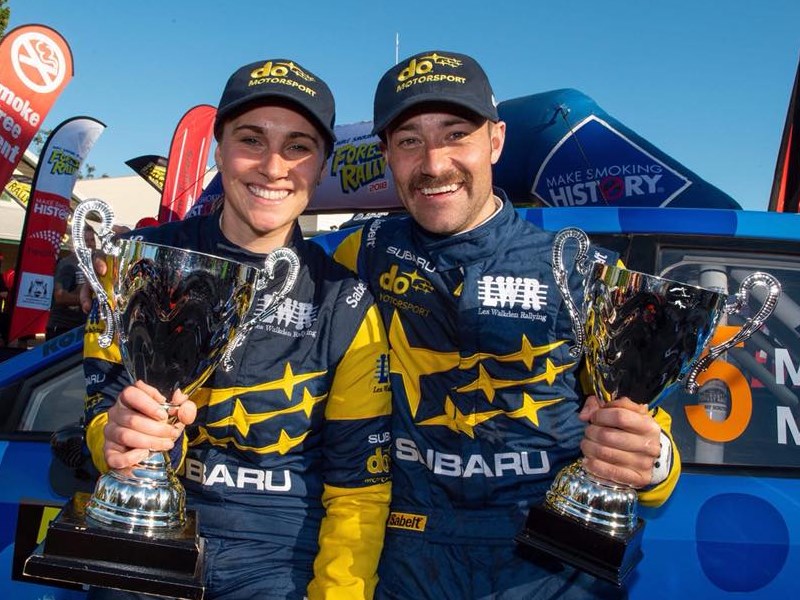 While Young has driven the Toyota at Japan’s APRC Rally Hokkaido this is the first opportunity to test the car with its new Lexus 2000 cc direct injection turbo engine, supplied as part of a joint project with TRD-Toyota Racing Development (operated by Toyota Customizing and Development Co. Ltd.) and entered in the ASN category.

Young’s team-mate for 2018 will be Yuya Sumiyama from Japan who will drive Cusco’s R5 Skoda Fabia to provide a bench-mark for the team, as Cusco and TRD continue development of the Toyota.

The association with Toyota is not new as Cusco Racing and Young competed in the 2013 APRC in a production class 2WD Toyota Vitz, winning the 2013 Asia Cup against much faster opposition.

Young is excited to have the opportunity for a full championship in the car, “I must thank Cusco Racing for their loyalty over the years and giving me this task of developing their Toyota Vitz. It’s the perfect platform and the best way to test by doing the rallies its likely to compete in. These new cars are much lighter and have much better suspension travel compared to the Group N cars I’ve driven previously. We will run on Dunlop tyres once again which will give us a great overall package for the year. To say I’m excited about the year would be an understatement.”