APRC veterans Brian Green and Jean-Louis Leyraud are back for the 30th anniversary of the Asia-Pacific Rally Championship, which kicks off in New Zealand’s Northland with the International Rally of Whangarei.

Green has more than 60 APRC event starts to his credit, and was last seen in the series at the 2012 China Rally in Longyou where he claimed a podium finish.

Since then the highly experience Kiwi has continued to contest the New Zealand Rally Championship as well as selected events in the Thai, Malaysian and Chinese national series.

Green and regular co-driver Fleur Pedersen will compete at Whangarei in their brand-new Mitsubishi Mirage AP4, which had it first outing earlier this month at the Otago Rally. 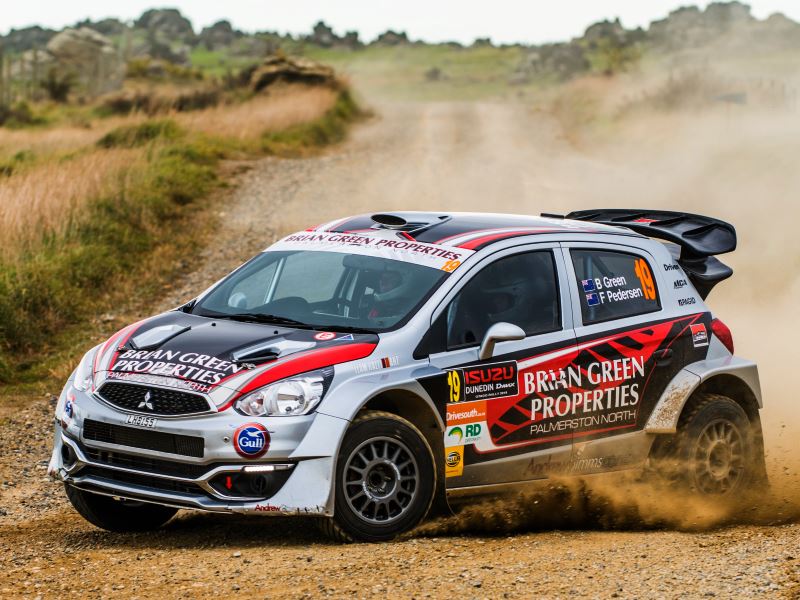 “The new car is great. The AP4 cars are much lighter than Group N cars. Much more suspension travel and really good brakes.”, Green commented.

“Whangarei will be a on-off for me. I think my first APRC round was Malaysia in 1997. We were running in an EVO 4. We finished third overall one year in the championship, and we’ve led the championship on a few occasions.”

Like Green, New Caledonian veteran Jean-Louis Leyraud’s APRC experience stretches back to the mid-90s, with the 1998 Rally of New Zealand. His last APRC event was the 2015 Rally Queensland in Australia, and although the Frenchman announced his retirement after that rally, he has been keeping his eye in.

“I purchased my Skoda S2000 in 2015 and I have been driving the car on some of the private special stages close to Noumea. Since 2015, I’ve not contested any rallies in New Caledonia. But I am the new president of the New Caledonian Rally Association and we plan to have a rally in July this year.”

“I think the most memorable experience was when I won the 2001 APRC Rally New Caledonia with Rob Scott. I finished only 34 seconds in front of Karamjit Singh who was APRC Champion that year went on to be PWRC champion the next year.”

Photos: Brian Green at Rally Otago 2018 by Aaron Wishart. Other photos by aprc.tv