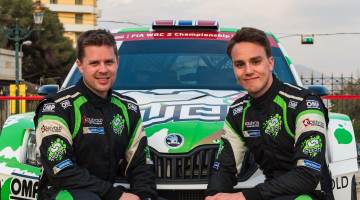 Ole Christian Veiby has signed a deal with Skoda Motorsport to drive in the 2017 FIA Asia-Pacific Rally Championship.

“This is totally awesome and a big step towards the goal of getting a contract with one of the WRC teams. This is going to be insanely cool” said the 20-year-old Norwegian, who together with his co-driver Stig Rune Skjærmoen will participate at the six events in the APRC for Skoda Motorsport.

“This is a unique chance. To work with Skoda Motorsport gives us a great opportunity to get a WRC contract later on. We have seen that happen several times with other drivers. Therefore it is very important to do well” he said.

“I know that Skoda has followed my career for a while. After the third place at the Swedish WRC round, it was confirmed that they would give us the chance to do the APRC. Our performance in Sweden was probably a big factor in getting us the contract and was in that way a very important result for us” he explained.

Ole’s team-mates in Even Management, Pontus Tidemand and Esapekka Lappi, have both previously received the same opportunity with Skoda and they have told him that there are some quite unique gravel rallies that awaits him on the other side of the planet. Pontus won the APRC in 2015, while Esapekka contested selected events in 2013 and 2014 and won several of them.

“I’ve mostly spoken to Pontus and he said that you can’t compare these rallies to any other events that I’ve done before. I’ve also seen some pictures and videos from the events and there are no doubts that it will be exotic” he said.

With events in New Zealand, Australia, China, Malaysia, Japan and India, the Norwegian youngster needs to prepare himself for a lot of traveling this year. 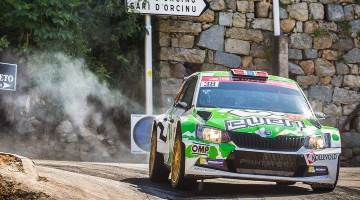 “There will be big time differences compared to Norway and it is going to be a huge adjustment. With that in mind, I will travel in good time before the rallies to get used to it. I usually deal with it well. But at the same time I haven’t experienced such extreme time differences as between Norway and New Zealand for example. That can obviously become a challenge” he said.

Together with Indian Gaurav Gill, the main goal is to win the team championship for Skoda. Gill, who is the defending champion, is an experienced driver who has participated in the championship for many years and knows the rallies well.

“We will form a two-car-team. Gaurav Gill is one of the championship’s top drivers and will most likely fight for the overall victory. My task is primarily to complete the events and together we will make sure that Skoda wins the team championship” said Ole, who is also going to compete at selected WRC 2 rounds with a Skoda Fabia R5. This past weekend he finished fifth in Corsica and will also be on the start line in Sardinia, Finland, Spain and Wales.

“Ole Christian Veiby has impressed us with his strong performances, not only at Rally Sweden. I’m really looking forward to see where Ole stands compared to experienced Gaurav Gill” said Michal Hrabánek, head of Skoda Motorsport.