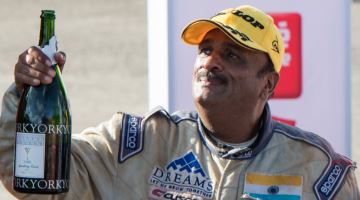 The Cusco Racing driver, who has been driving Subaru for last few seasons after graduating from Malaysian-make Proton in which he won the 2013 FIA APRC Production Cup title, is readying for a bespoke season in 2017.

“I may actually do only the Asian rounds of APRC in 2017. I want to focus on getting miles on a new R5 car that I intend to acquire very soon,” Takale told Sakal Times in an interview after the Chikamagalur round.

“Testing and more testing is the only way out to catch up with the competition. They have been driving R5 now for a few seasons, but there is no reason why I cannot catch up with them,” said Takale of Gaurav Gill, the overall champion and about the Team MRF-Skoda.

Though Asia-Pacific region offers diverse terrains—from superfast white gravel roads in Whangarei New Zealand, to desert in China on the Mongolian border and slippery up and down course through the palm plantations of Johor Bharu Malaysia—it is Europe that provides competition in terms of fellow rally drivers. 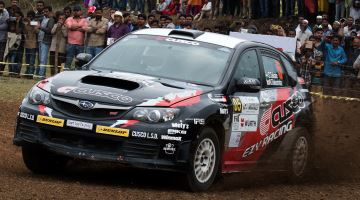 “The competitors are less in the Asia-Pacific region and if I have to improve and think about joining the World Rally Championship in a couple of years then I need to put in miles in Europe, where the majority of worldclass rallies take place,” Takale said.

It didn’t matter where he finished in the FIA APRC Coffee Day India Rally, but Takale wanted to prove it to those who doubted his driving skills. As India was hosting the APRC rally for the first time in 10 years after Pune debuted in 2006, it was but natural for him to try his hand in the Indian championship too apart from taking part in the APRC.

Most of the placings were already decided in the APRC coming into the Coffee Day India Rally and even a ‘no finish’ by any competitors placed above would not have made much difference to the overall standings.

“In that situation, the best I could do was to finish the APRC rally and try and compete in the Indian Rally Championship meant for cars with 2000cc and more,” said Takale.

There was an outright opposition to Takale’s entry as he would be in a FIA homologated Subaru Impreza car, but after much deliberations his entry was allowed in IRC. When Takale finally won, he was almost 12 minutes ahead of the competition, showing complete domination over the drivers in Volkswagen Polo Rs and Mitsubishi Cedias.

“I just wanted to be part of the championship since it was run in my homeland. Winning was a prize that I deserved given that over the years there were many who doubted my commitment and caliber,” said Takale, who drove with Japanese navigator Noriko Takeshita through the 2016 season.

The former Raid de Himalaya champion has almost completely stopped competing in domestic championship, but for a few one-off events.

“Like in 2016, I may not take part in the Desert Storm or Raid de Himalaya. I have more bigger goals and I wanted to follow them seriously,”said Takale who also had the invitation to take part in the 4x4Fury in Dambuk, Aurunachal Pradesh, scheduled from December 15 to 18.

With the WRC as a target, the year 2017 will be crucial to get as much miles as possible in the R5 car that Takale is planning to procure from Sweden. Well-known rally driving coach, former British Champion and a WRC veteran Graham Middleton, will be providing the logistics support to Takale’s European excursions.

“The car will be at Middleton’s rally school in Wales and I plan to go to Europe frequently and put in miles through different courses. Nothing has been finalized as yet, but this is roughly the plan which will be sealed at the start of the year,” said Takale.