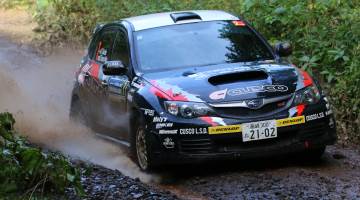 International rally driver, Sanjay Takale, achieved all of his goals at the fourth round of the Asia Pacific Rally Championship (APRC) held at Rally Hokkaido in Japan over the weekend and finished in eighth overall.

After missing the previous round in China, Takale simply wanted to finish the rally to get “valuable seat time” and points for the Asia Cup in his Cusco EZY Racing Subaru Impreza.
Having achieved his targets, Takale said “I am very happy. I drove well I think, considering the health issues I’ve had.”

“Plus here [super special stage] I did it in less than a minute which I didn’t think was possible, so I’m really happy with that and my improvement over the weekend with speed and things.”

With his focus now on the Asia Cup, contested over the four Asian-based rounds and finishing at Takale’s home event in India, Takale vows to improve his fitness to increase his chances of a podium position in the Asia Cup. “I will work hard on my fitness so maybe I get a few seconds more in the stages. I’m not fully fit again yet after last year but I want to be better so I will simply work hard,” he said.
Takale also said he loves coming to Japan because of the roads, the people and the hospitality of his Cusco team who are based in Japan.

“Here the people are so friendly. The roads a great and everything is properly organised. It’s one of the best rallies I think.” 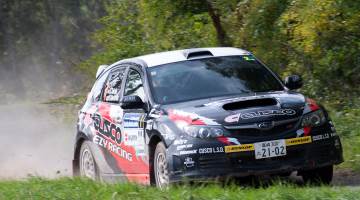 The Pune-based driver also had the added advantage of a local Japanese co-driver, Noriko Takeshita, who gave Takale a lot of tips on the tricky and deceptive parts of the rally. “In the recce she [Takeshita] knew a lot of things like where people had gone off, or what was tricky, so it really helped adding cautions and things to my notes. Everything was helpful and it was really great having her with me on this event,” said Takale.

Rally Hokkaido also saw the formation of a new partnership between Takale and EZY Racing, who come on board from Sri Lanka to help both Takale and his team-mate Mike Young of New Zealand achieve their international rallying goals.

“I am very fortunate to have support from EZY Racing and I’m pleased we could start this weekend. I look forward to working with them for along time,” said Takale.

The next round on Takale’s calendar is the Malaysian Rally, held in Johor Bahru on October 29-30, which Takale said is a “like his home rally” because he’s done it so many times.