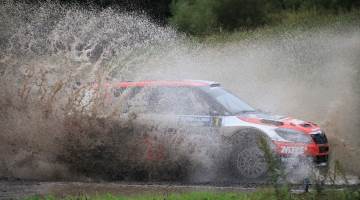 Drivers in the 2016 FIA Asia Pacific Rally Championship second round at the International Rally of Queensland will be chasing valuable extra prizes from series sponsor Würth.

The FIA Asia Pacific Rally Cup powered by Würth is open to all drivers in the six-round championship and complements the FIA Driver, Co-Driver, Manufacturer and other FIA titles.

The winner at IROQ will receive $US1000 from the Würth Cup prize-pool and runners-up, Würth products. At the final round of the championship in India, the top three drivers will receive silver trophies, which will be displayed in the Würth tent at the IROQ Globe Roamer Service Park at Imbil throughout the 18-19 June weekend. 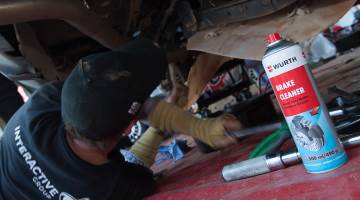 Now in its fourth season, the Würth- APRC partnership is valued by teams. “Rallying is a great test bed for any product and over the past three years the partnership with the APRC and Würth has resulted in big benefits for both parties,” says Lindsay Hegan of the Racetorque MRF Skoda team. “Würth staff attend each event to provide the teams with technical advice, while at the same time they are coming to us for feedback on their products.”

CEO and Managing Director for Würth Australia and New Zealand Serge Oppedisano is equally enthusiastic. “The relationship that Würth Australia share with the APRC is a demonstration of our commitment to our customers who passionately embrace our products and services. The reaction received from both local and international teams to receive Würth Drivers Kits are second to none. Würth Australia are a proud partner to the APRC and look forward to many future rally events in Australia and Asia Pacific”.

The entry list is headed by India’s MRF Tyres team, winner of five of the past six events and of every APRC driver and manufacturer title since 2012. 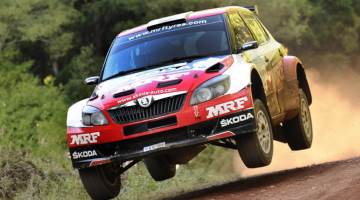 Their factory-backed Skoda Fabia R5 cars – new this year from the Czech Republic – will be driven by 2010 Queensland winner and 2013 champion Gaurav Gill of India and 24-year- old German Fabian Kreim, the latest in a parade of young European hot-shots assigned Down Under to develop their skills.

Gill leads the championship after winning Round 1 in New Zealand last month. The series also will visit China, Japan and Malaysia before finishing in his homeland in December. Other drivers entered for Queensland this year are from Japan, New Zealand and Australia.

Starting his sixth season of international rallying, New Zealand’s Mike Young, 24, showed he will be the defending champions’ strongest rival in the APRC’s second round after claiming several stage wins aboard his Subaru in his home event.

Australia’s challenge will be led by Coffs Harbour-based Nathan Quinn. The Mitsubishi driver has had extensive international experience from China to New Zealand and twice completed the Rally Australia World Championship event.

The Asia Pacific Rally Championship (APRC) is an official F.I.A. regional rally championship, held in a diverse range of countries, climates, cultures and with a huge population base of over 2.7 billion people.

From the fast flowing gravel roads of New Zealand, to the desert conditions in Western China and the rough plantation tracks of the Malaysian Rally, this championship is a unique challenge. APRC.TV Ltd has been the official television producer for the championship since 1999 and in 2015, 351 million TV viewers in 196 countries watched coverage of the APRC.

For more information on the event and the drivers please visit www.aprc.tv

New Zealand: The International Rally of Whangarei gets the championship off to a fast start. These iconic New Zealand rally roads having a world-wide reputation for their fast-flowing cambered character and were formerly used by the World Rally Championship.

Australia: Based in the sea-side city of Maroochydore, the International Rally of Queensland is a combination of in-land forest and public roads. The event combines many characteristics – fast and flowing, tight and twisty on surfaces that can be rough and slippery.

China: A new location for 2016 based in the city of Zhangye, the China Rally will run on desert roads near the Mongolian border and where one of the many hazards are the herds of camels. The event offers a unique window on the new-world of China where rallying is hugely popular with manufacturer supported teams and 130+ competitors.

Japan: The city of Obihiro is the home for Rally Hokkaido on Japan’s most northern island. Previously a WRC event and followed by passionate rally fans, Rally Hokkaido is a mixture of fast narrow forestry roads and public road stages that are similar to New Zealand. Japan’s car and tyre manufacturing industry is well represented on the event with works supported teams and engineers.

Malaysia: ‘Rallying in a Sauna’ apply describes the very hot and humid Malaysian Rally based in the city of Johor Baru, just across the causeway from Singapore. With roads and tracks that run through the nearby Oil Palm plantations the Malaysian Rally can be rough and after a tropical down-pour, the roads can turn into rivers.

India: A new event for the APRC in 2016, Rally of India brings with it huge opportunities in this rapidly growing and diverse country that has a population of over 1 billion people. The Rally of India is based in Chikmagalur and runs on roads through a giant coffee plantation.