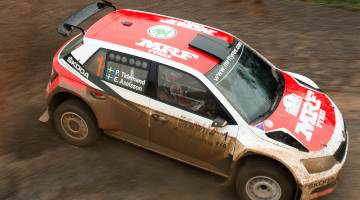 Given the atrocious conditions Pontus Tidemand couldn’t exactly cruise to victory, but after team-mate Gaurav Gill crashed out early on Day 1, the event was a lot easier for the Swedish driver.

Debuting the new MRF Skoda Fabia R5 and his first time in China, Tidemand and co-driver Emil Axelsson drove to victory in their MRF ŠKODA Fabia R5 on approximately 230 kilometres of muddy gravel tracks and slippery concrete roads, made worse by 3 days of continuous rain. 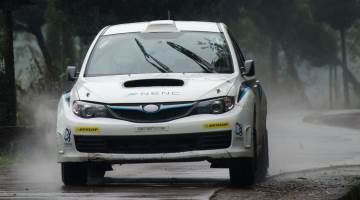 Japan’s Hitoshi Takayma moved his Group N Subaru from third to second on the morning of Day 2 after Richard Mason retired his Wan Yu Rally Team Mitsubishi. Takayama drove well considering his limited international experience and the treacherous roads. The Japanese driver had a scare on the final afternoon when he got a puncture, losing nine minutes in the afternoon’s first and long stage.

Another podium for Mike Young but possibly his toughest of the year after his Cusco EZY Racing Subaru had steering pump problems from Stage 2, requiring a super human effort to wrestle the car home. 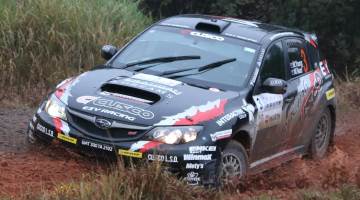 It didn’t come without incident though, rolling on Stage 7 when the car wouldn’t turn for a fast right-hand bend, the Subaru finally made the finish looking very battered and bruised. Young’s efforts were rewarded by moving into second place in the overall driver championship and winning the FIA Production Cup.

Sri Lankan driver Dinesh Deheragoda retired on Day 1 when his Mitsubishi developed diff problems on Day 1. Gaurav Gill’s co-driver Glenn Macneall suffered a broken collarbone in the crash on Day 1, but was sufficiently recovered to accept third prize overall in the Wuerth Cup at the finish.