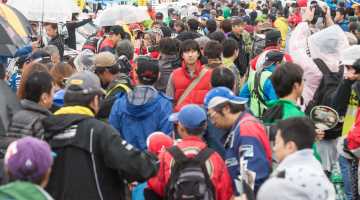 Car rallying in India has received a major boost with the FIA Asia Pacific Rally Championship having it’s final round in Chikkamagaluru, Karnataka in December and now rally fans in the region will be able watch all the action from the championship on the giant TEN Sports network.

Ten Sports Network will be the exclusive broadcaster in India of the APRC’s official television series that stars India’s most successful international rally driver Gaurav Gill. An FIA champion in 2013 and currently driving for Team MRF, who along with car manufacturer Skoda have dominated the series over the past three years, Gill has more APRC wins and podium finishes than any other driver currently competing in the championship.

India is well represented in the production category too with Sanjay Takale from Pune a regular competitor and Production Car champion in 2013. From Sri Lanka comes Dinesh Derehagoda who in his debut year in 2014, finished second in the APRC’s Asia Cup competition.

Sanctioned by the world governing body the FIA, the APRC is held over two continents and seven countries starting in New Zealand in April, followed by events in New Caledonia, Australia, Malaysia and Japan. China Rally will run in October before the international teams ship their cars and equipment to India where the final event for 2015, 11-13 December.

“The broadcast agreement with Ten Sports Network is perfect excellent timing with the APRC returning to India for the first time in ten years. Car rallying is perfect for television as new technical innovations in miniature and in-car cameras mean the viewer can be inside the car with the driver or millimetres from the car as it races past at 160 kph. With all the events in different countries and continents, there’s a cultural and geographic element to the TV programmes as well as the action and excitement”, said Brian Young director of APRC Television and Media.

With a potential audience of 150 million households, Ten Sports network boasts of the most widely distributed sports channels in the Indian sub-continent. Mr. Rajesh Sethi, Global CEO of Ten Sports said, “We are happy to come on board as broadcasters of the FIA Asia Pacific Rally Championship in the Indian Sub-continent. Viewership for Motorsport in our region is increasing and adding the Asia Pacific Rally Championship is only going to bolster our portfolio in this genre. We believe we can help enhance the reach for this property and with the Indian race and Indian racers, there is a huge incentive for Indian fans to tune it in and we are confident that viewers will enjoy watching these rallies on our channels.”