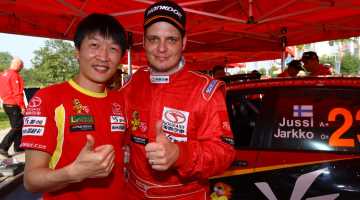 A surprise addition to the start list for Malaysian rally is 2005 APRC drivers champion Jussi Välimäki who will drive a SEM Mitsubishi Lancer for Fan Fan’s Wan Yu Rally Team.

Speaking from his home in Finland Välimäki said “ Firstly I would like to thank Mr.Fan Fan who gave me this opportunity. I am really happy to come back to APRC and specially Rally Malaysia. We were there last time 2007 and in early stages leading the rally. But we made a mistake during recce and drove longest stage without pace-notes. After this our rear-diff broke and it was end of the game. So, I want to fix my errors there!”.

Välimäki drive for MRF Mitsubishi in 2005 when he and the team were crowned APRC champions, then returned for 2007 his last APRC event being China 2007. Since then the Finnish driver has competed on the 2009 & 2010 China Rally Championship and events in his Finland. 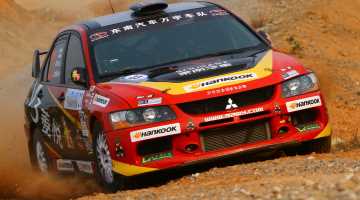 Coming from Finland to Malaysia will be a big shock “ We have had a terrible summer in Finland with temperatures of around +12c only. I am not used to Asia-Pacific area heat and training in a short distance doesn’t help much. Malaysia will be tough, but I think we are ready for it!”.

Asked if there any more events planned for 2015 APRC Välimäki said “ At this stage we confirmed one rally. Let’s see how’s the result and then we’ll see what is going to happend!

The SEM Mitsubishi Lancer Välimäki will drive is homologated as part of CRC regulations and sanctioned via their ASN. Regular co-driver Jarkko Kalliolepo will join Välimäki for this event and they will be in contention for overall honours in the FIA Asia Pacific Rally Cup powered by Würth and APRC Teams award.