Michael Young, New Zealand’s only Asia Pacific Rally Championship (APRC) competitor, is set to compete in a turbo four-wheel-drive car for the first time at the International Rally of Whangarei this weekend. 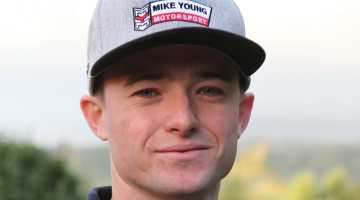 Young (22), who wants to replicate last year’s strong championship finish, will pilot a Cusco Racing prepared Subaru Impreza GRB at his home event, despite never having driven the car before. It is Young’s fourth year driving for the Cusco Racing Team from Japan, who he says have greatly contributed to his success.

“I’ve only driven the car in and out of the container at the customs inspection last week. So while we may be going into the dark [at Whangarei], the stages and road conditions are to my liking so I’m hoping that pays off. Plus the team at Cusco Racing always prepare a great car which also gives me confidence,” said an optimistic Young.

“I also have an incredible team behind me including Malcolm [Read, co-driver] who has a huge amount of experience in four-wheel-drive cars here which will be a huge help. I just can’t wait to be on the start line at stage one; it will be a very special moment for me.”

With Young and Read from Opotiki and Hamilton respectively, the strong Kiwi duo has now finished nine consecutive rallies and will be aiming for their 10th this weekend, made even more special as it’s the first event they’ve competed in together at home in New Zealand.

Young said: “I’d love to get our 10th finish in a row this weekend but we’ll be easing into it [the rally] to see how the car handles and how it’s different to the two-wheel-drive cars I’ve driven. 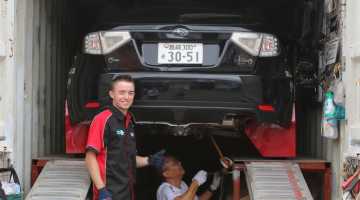 “But the Rally of Whangarei is a great event as the stages [roads] are incredible. They’re real driver’s roads and you get such a huge buzz driving them. There is honestly nothing else like it anywhere else in the APRC and with the new stages this year everyone will be on a level playing field which will be good.”

The International Rally of Whangarei also follows a once-in-a-lifetime opportunity for Young to compete for World Rally Championship team, M-Sport, in the Drive Dmack Series in Europe following his success in the APRC.

“The team at M-Sport has given me an incredible opportunity to compete in Europe but obviously the costs are huge and for this year we’re hoping to do just one or two events to get some experience. I’ve started a crowdfunding page where people can donate to help me get there by visiting www.gofundme.com/WRC2015,” explained Young.

The International Rally of Whangarei begins on Friday evening at the Pohe Super Special stage before teams compete across 281.30 kilometres of closed special stages to the north and south of Whangarei over Saturday 18th and Sunday 19th April 2015.