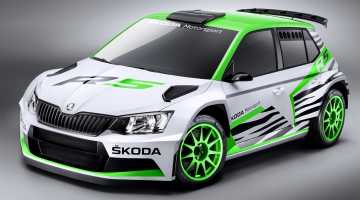 ŠKODA has announced a major treat for visitors to this year’s Essen Motor Show with an opportunity to see the concept version of the new rally car, the ŠKODA Fabia R 5, for the first time.

“The world premiere of the Fabia R 5 Concept Car gives an insight into the future of rallying at ŠKODA,” said ŠKODA Motorsport Director Michal Hrabánek. “The Fabia R 5 is scheduled to be homologated by mid-2015.” 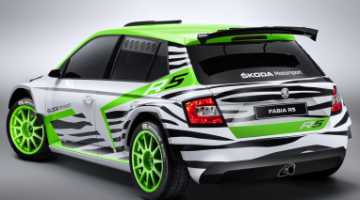 The new Fabia R 5 features a lot of high-tech. In keeping with FIA regulations, the new racing car is powered by a 1.6-litre turbo engine. The new car also features a sequential, five-speed gearbox and McPherson struts. The weight will, in accordance with the regulations, be at least 1230 kilograms. A number of top ŠKODA drivers were also involved in the development of the new Fabia R 5.