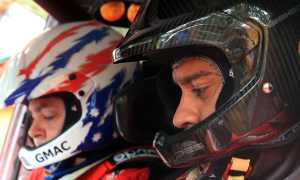 Gaurav Gill of India has reignited his Asia Pacific Rally Championship (APRC) chances by winning the notoriously difficult Malaysian Rally held in Johor Bahru over the weekend, scoring maximum points to put his APRC drivers’ championship title back on track.

Gill, piloting his Team MRF Skoda Fabia S2000 drove himself to victory, despite having some problems of his own on day one including a spin, as many of his main competitors became unstuck by the treacherous conditions meaning crews lost valuable time or were sometimes forced into retirement. 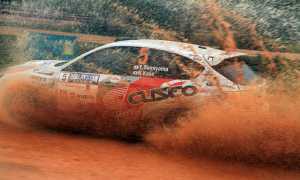 Gill said: “It was a great result for us and a great way to bounce back into the championship. It was very important for me and the team.”

When asked about his experience on the roads, Gill said: “It’s never enough here, whatever experience you have, it’s never enough. It’s definitely one of the toughest rallies in the world I think, because of the climate, the terrain and so on. This rally particularly was very very rough this year because a lot of rain prior to the rally and the roads were quite washed off and they expose a lot of stones and a lot big ruts. So definitely a big challenge.” 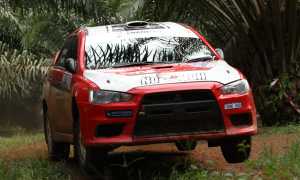 One of the many drivers to become a victim of the Malaysian roads was Gill’s teammate, Jan Kopecký, who was forced into retirement during stage 5 on day one when suspension was damaged and subsequently caused the left rear wheel to fall off.

Despite his untimely retirement, Kopecký and co-driver Pavel Dressler re-joined the rally for day two, claiming the day’s results and pocketing a small number of points.

Kopecký said: “Yesterday we had a nice lead, over 1 minute, but unfortunately a suspension part broke after small jump… And today at least we score maximum points because we won the second day and still we are in the lead [of the championship]. 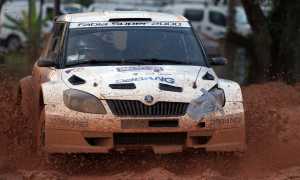 “The even more important thing for me we really good pace this weekend because this really was again new for us.”

Meanwhile, finishing the Malaysian Rally in second was former Asia Cup winner Yuya Sumiyama of Japan in his Cusco Racing Subaru Impreza while Austrailan Mark Pedder rounded out the podium in his Pedders Suspension Mitsubishi Evolution X in third.

Pedder, debuting in Malaysia for the first time in 2014, also finished second in the APRC registered drivers’ championship giving his championship chances a much needed boost like Gill, ahead of the next APRC round which he’s likely to miss.

A little over 20 seconds behind Pedder in fourth was Chinese driver Jun Xu in his Skoda Fabia S2000 ahead of Subhan Aksa in a Renault Clio and Mituhiro Kunisawa in a Subaru Impreza in fifth and sixth respectively. 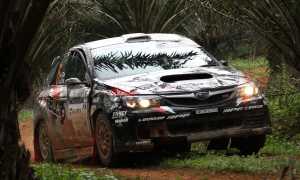 Despite a roll-over on day one, Indian driver Sanjay Takale brought his panel-damaged Cusco Racing Subaru Impreza home in a respectable seventh place ahead of Cusco Racing teammate Michael Young, who are both focussed on the long-term outcomes of the APRC championship.

Rounding out the field in ninth and tenth was multiple Sri Lankan Rally Champion Dinesh Deheragoda who damaged his Ezy Racing Mitsubishi Lancer on day one after hitting a tree, and Tomohide Hasegawa who struggled with back problems all weekend in his Mitsubishi Lancer.

The next rally on the APRC calendar is Rally Hokkaido, held in northern Japan on September 27-28.

Story and photos by apsm.tv