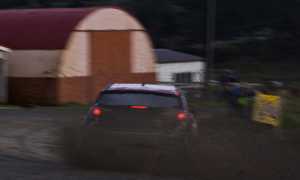 Last minute adjustments to the Sunday leg of this year’s 12-13 April VINZ International Rally of Whangarei will affect two of the event’s southern roads with a minor reduction in competitive distance.

The opening round of the FIA Asia Pacific Rally Championship (APRC), Brian Green Property Group New Zealand Rally Championship, driven by VINZ (NZRC) and Top Half Rally Series (THS) has drawn entrants from northern hemisphere countries such as India, Japan, China and the Czech Republic along with southern teams from Australia and New Zealand.

Previously plotted to be contested across 241.29km of rural roads divided in to 14 ‘special stages’ where teams are timed in their cars, the distance is now 220.87km. Two of Sunday’s twice used roads have been shortened to keep competition inside the Whangarei District Council region boundary.

Reacting to the Kaipara District Council and its bureaucratic process the amendment ensures the competition isn’t restricted by roading conditions of the area.

“The only loss is a few kilometres of competition that includes the famous bridge jump at Swamp Road,” says Laurie Brenssell, chairman of the event’s organising committee.

“Out of respect to the ratepayers of that area we are shortening two of the competitive roading tests to avoid crossing in to their territory.

“We note from the Kaipara District Council meeting minutes after the event passed through the area in May last year, the resumption of routine maintenance. The earlier running of the event this year could raise potential for conflict with that schedule – resulting in the decision to avoid competition across its roads.”

The event starts in Whangarei on Friday 11 April with a driver signing and ceremonial start at the Cameron Street mall from 3:30pm. The action begins on the Saturday morning, taking teams in to the Far North district for six special stages before returning. From 7pm teams tackle the Hella Pohe Island Super Special Stage – at Whangarei’s William Fraser Memorial Park. After that, and a second service break, the cars will be parked overnight before resuming competition early Sunday morning. They then return to the Quayside Town Basin for a ceremonial finish from 3pm in the afternoon.

Spectating at the rally start, finish and Quayside Town Basin service areas are free with access to rural viewing points costing just $10 per adult per day and $15 for the Hella Pohe Island Super Special Stage. Children under the age of 15 are free with a paying adult and paddock parking is available at some locations for a gold coin donation.

A share of all spectator ticket revenue goes to the local community groups that help run the spectator viewing areas.

A rally map is available free to download from the event website www.rallywhangarei.co.nz (in the spectator info section), or it can be collected from rally headquarters at Quayside Town Basin (from 9 April) or found in the rally insert published in the Northern Advocate on 9 April. It illustrates prime spectating areas with detailed timings.

Spectators are reminded to follow the instructions of marshals and ensure they stand well clear of the road’s edge – inside the taped off viewing areas.