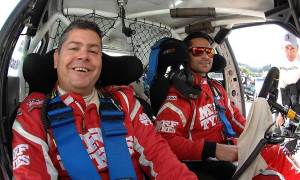 Reigning Asia Pacific Rally Champion (APRC), Gaurav Gill, took victory at the opening APRC round during the International Rally of Whangarei today, following an incredible fight-back. Gill, joined by co-driver Glenn Macneall, reduced the gap from overnight leader and Team MRF team-mate, Jan Kopecky during the morning loop of stages to move into the lead before the lunchtime service.

After 13 special stages, only 10 seconds separated the pair with one final stage to go, but Gill took advantage of his New Zealand knowledge and won the stage by just over one second, extending his winning margin to 11.9 seconds.

Gill said: “We’ve come close to winning here before but every year we’ve had some issue either technical or mechanical. But this time it was the best way to win; to come from the back, especially being down by 23 seconds and it was a massive amount of time to make up in this situation. 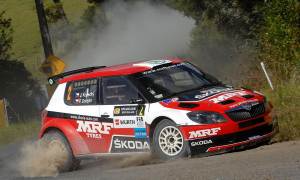 “The most important thing is it was a level playing field for Kopecky and I. He is the European champion and I’m the defending [APRC] champion so it is good benchmark for me. Plus we had new stages [during] this rally and I had to push really hard. That’s what makes the win so much more exciting for me and the team.”

Gill’s team-mate, Jan Kopecky, said: “We are happy with the result but second is a little disappointing because of losing that winning time on only one stage. But we had a really good fight all weekend so thanks a lot to Gaurav for that because you need to be pushed by an opponent to be able to improve.”

Kopecky finished in second behind Gill, with Australian Mark Pedder of Pedders Suspension Rally Team rounding out the podium in third. “The event, and the roads, was just outstanding. Everything they say about the roads here is true and I’ve had a massive grin since Saturday morning,” said Pedder. 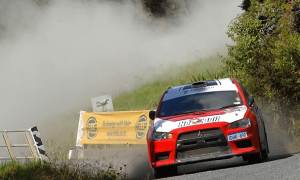 “Our first time here has been brilliant. The roads are fantastic and the notes Bill [Hayes] did were great. In New Zealand, you need good notes to be fast so it’s a real credit to Bill for his hard work. But obviously there is a lot of people to thank for getting us here, especially Veranda Apartments and my crew, because I wouldn’t be able to do this without them.” 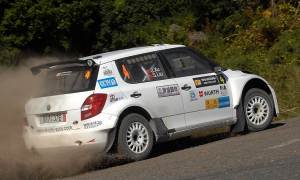 Chinese driver, Jan Xu, finished 15.8 seconds behind Wilde on his first competitive event outside of China and says he’s very happy with the result.

Michael Young, the only local driver, finished in sixth overall behind Jan Xu but scored valuable points in his two-wheel-drive campaign, finishing second behind Wilde.
“It was great to compete at home again and overall, I’m pretty happy with how the weekend went. We’ve scored valuable points for our championship campaign because winning that is the big goal. I’ve also really enjoyed having Tom [Wilde] along for a bit of competition and I’m sure we’ll battle it out for the two-wheel-drive championship in New Caledonia.” 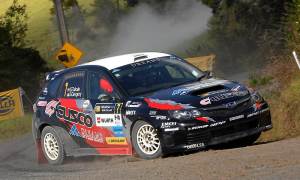 It was also a successful event for Sanjay Takale of India, who used this event as a shakedown of his new Cusco Racing Subaru Impreza.

“I’m very very happy. We did well to adjust to the new car, the new team, and new people but Cusco made it really simple. They are very professional and have a lot of knowledge. I’m learning a lot of things and I feel like I’m part of a really good team. Now we must focus on New Caledonia and the Production Cup,” explained Takale.

The APRC now moves to New Caledonia for the second round of the championship on May 16-17, before heading to the International Rally of Queensland in June.